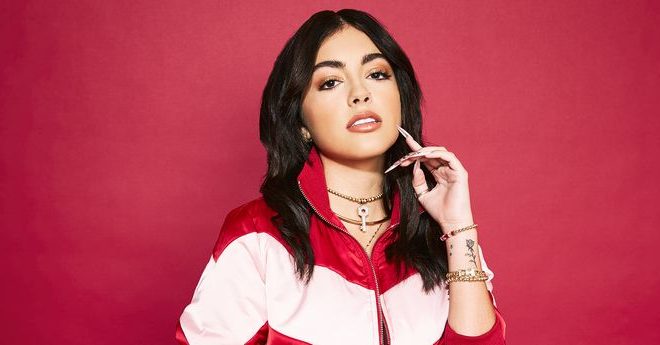 Who is Malu Trevejo?

Malu Trevejo is an American singer, dancer, and songwriter performing in both Spanish and English. She hails from Miami, Florida. She mainly rose to fame after consistently posting her videos on the video-sharing app, Musical.ly. Also, Malu has a huge online presence on social networking sites.

If you would like to know more about this Cuban-born singer, then you are in the right place. Scroll over the article to take a sneak peek inside the life of Malu Trevejo. Also, if you wish to visit her official website, click here.

Born on October 15, 2002, Malu’s birth name was María Luisa Trevejo. ‘Malu’ is a combination of her two first names. Her birthplace was Havana, Cuba. Malu is a Latina and follows Christianity. 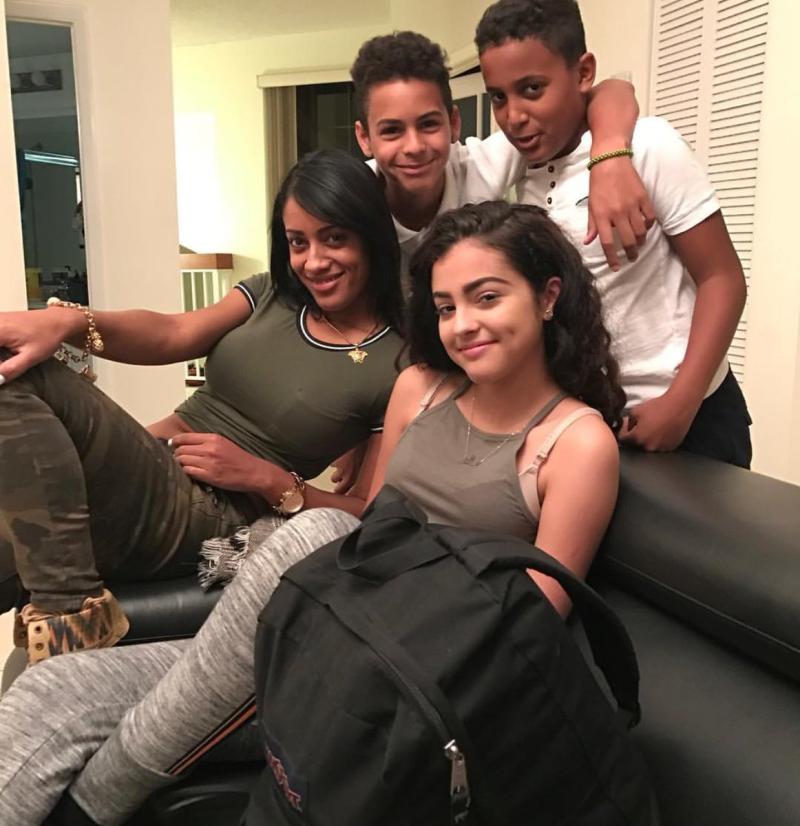 While Malu Trevejo’s father is of Spanish descent, her mother is Cuban. Malu’s parents are divorced. As per reports, she has a sister with whom she shares a beautiful bond. However, Malu prefers keeping her family life quite private.

Malu has never publicized the name of her father. His year of birth is reportedly 1955. Nonetheless, he had appeared once in one of her music videos. The video showed a tall bald man (Malu’s father) talking to a beauty. Further, he had grabbed her buttocks to check whether they were real. And this resulted in a wave of severe criticism among Malu’s fans.

Despite the divorce from her mother, Malu’s father still stays in regular touch with his daughters.

Malu Trevejo’s mother has also appeared in one of her music videos. She allows Malu complete freedom and doesn’t restrict her in any Internet activity. After her divorce, she moved to the city with Malu.

Though born in Havana, Malu Trevejo moved to Madrid, Spain with her parents as a baby. They lived there for twelve years. During her stay in Spain, Malu developed a serious interest in acting. She would especially shoot skits videos with her friends that her parents recorded for her. Besides, Malu loved belly dancing from a very young age. She lived in Spain until she was 13. Then her parents split, and Malu moved to Miami, Florida with her mother.

Malu started gaining attention at first on Instagram, by posting her videos on belly dancing to music. Soon, she signed up on Musical.ly (the modern-day Tiktok) and opened an account. In a very short duration, she went from a few thousand followers to millions of fans on the app. Malu would usually post videos of her belly dancing or lip-syncing to trendy songs. Subsequently, she gathered a huge lot of followers, and thus, became a verified user on the platform.

The growing fame led to the Universal Music Latin Entertainment sub-label In-Tu Linea offering her a contract. Malu Trevejo signed a recording agreement with them, at the tender age of just 14. Finally, on September 22, 2017, this young social media star released her first single ‘Luna Llena’, produced by The Fliptones. Her debut single reached 33 million views on YouTube within just seven weeks of its release. And today, it stands at over 113 million views. ‘Luna Llena’ sold over 2K downloads and also landed at #27 on the Billboard Hot Latin Songs. Besides, it even reached #1 at the Billboard 100 Hot Latin for two consecutive weeks. Thus, only within a month, ‘Luna Llena’ reached Gold Record and Platinum Record. Also, a remake of this song was released in English for non-Spanish listeners.

Pandora Radio recognized this talented beauty as one of the Latin Artists to Watch for 2018. Malu indicated her albums would be in Spanglish, i.e., both English and Spanish.

Malu released a superhit four-track EP on August 2, 2019, called ‘Una Vez Más. Before long, she released another single ‘En Mi Mente’, which has already surpassed 10 million views in the present day. And in October 2020, Malu Trevejo signed with new management. Moreover, she has released many other singles to date. 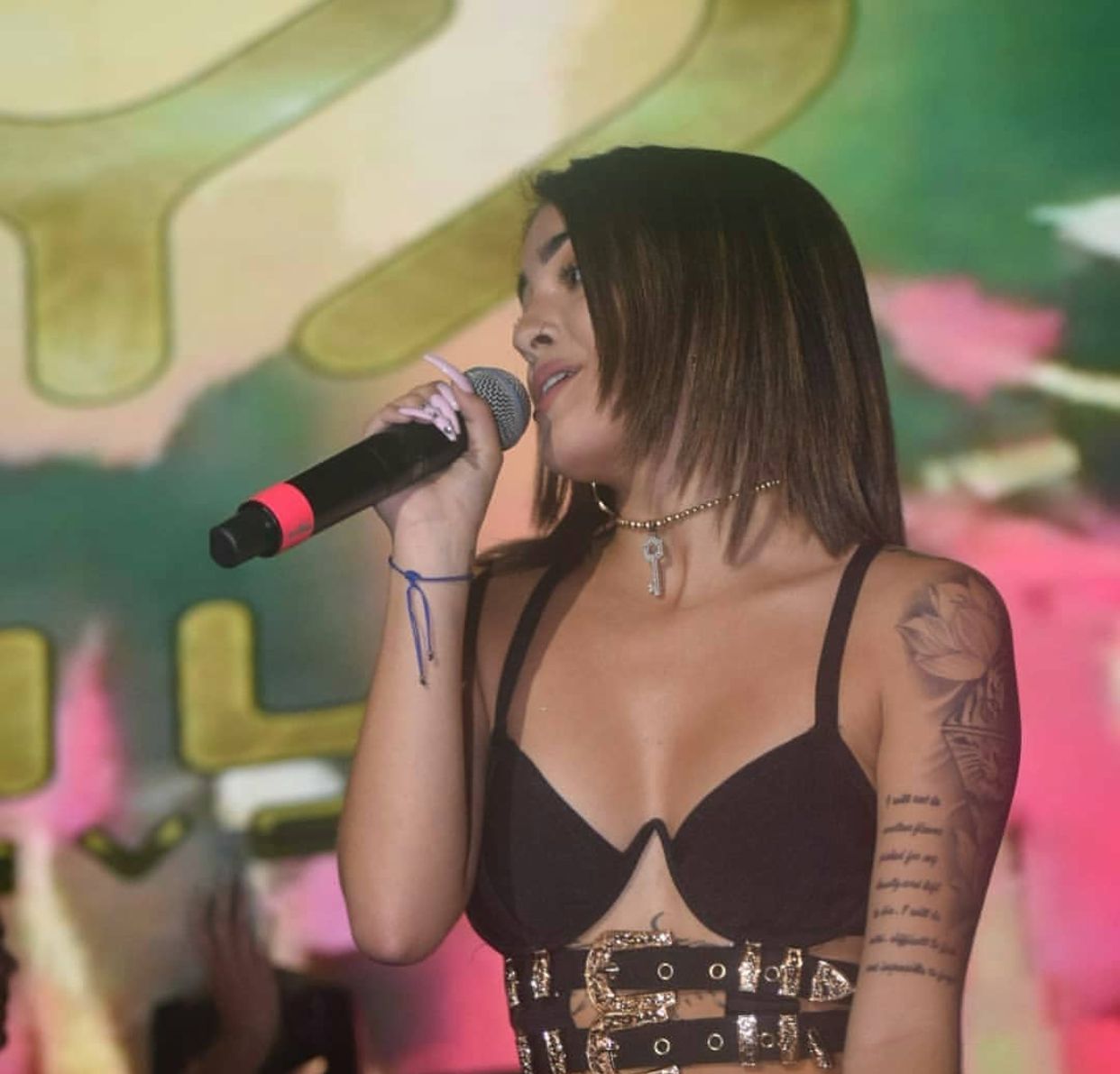 Shortly before turning 18 in October 2020, Malu migrated from Miami, Florida to Los Angeles. She has claimed to face multiple problems with her life at home with her mother. She took this decision of relocating to Los Angeles henceforth. Besides, she has an added desire of pursuing an acting career there. Also, there have been various developments and opportunities in the music scene in LA, which might be beneficial to Malu.

Altogether, Malu has recorded an EP and many singles. While some of these singles belonged to albums, the others were mostly her non-album singles. Likewise, we have listed her works below.

Finally, it’s time to take a look at the various singles by Malu Trevejo.

Malu Trevejo has a net worth of roughly 3-5 million USD. The majority of her earnings comes from the music videos released worldwide. Malu Trevejo аlѕо реrfоrmѕ іn lіvе соnсеrtѕ, fоr whісh ѕhе charges hefty amounts. Additionally, she receives heavy payments by collaborating with top brands and doing sponsored ads. It should be noted that another source of Malu’s income is her OnlyFans account. Well, she created an OnlyFans account on her 18th birthday. And in just the first week, she successfully accumulated over 37K subscribers. There, she posts exclusive and semi-clad content for her fans.

Although now single, Malu Trevejo had a few short-lived relationships in the past. Let’s have a look at all her ex-boyfriends to date.

Malu Trevejo shared a special relationship with Reese, the YouNow artist. Initially, everything was going well. However, an ugly fight led to things between them going haywire. 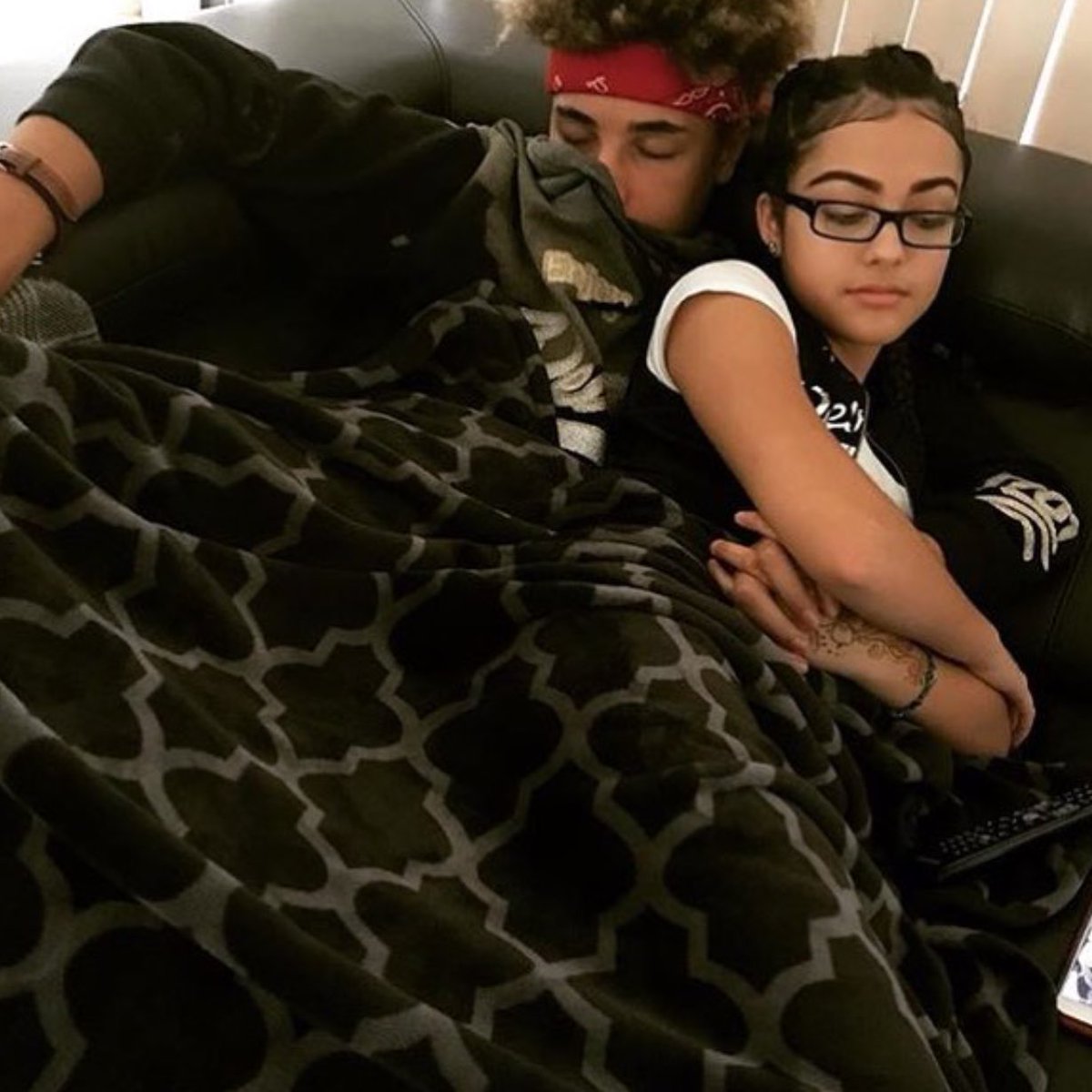 Firstly, she accused Reese of having deleted her page. On the contrary, many suspect that Malu herself deleted the page to blame it on Reese. Therefore, a lot of havoc had ensued in their relationship ever since.

Further, she also accused Reese of abusing her and threatening to beat her up. Offensive messages were fired to and fro, from both sides.

In reply, Reese clarified himself. He clearly said that he had neither done anything wrong nor deleted Malu’s page. Moreover, he added that this was Malu’s stunt to gain attention. After a continuous period of heated arguments and bitterness, the couple finally parted ways.

Later on, the promising young rapper NBA YoungBoy posted a picture with Malu on Instagram. This act upset his then-girlfriend, Danielle Bregoli (Bhad Bhabi). She openly began accusing Malu of causing drifts between YoungBoy and her. 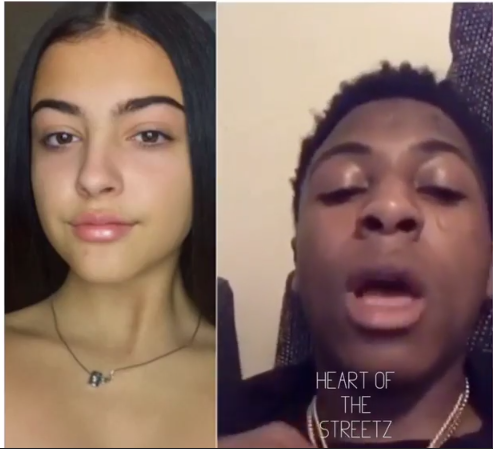 Henceforth, a series of hate messages and tweets followed. Nevertheless, Malu and YoungBoy continued with their affair. All was supposedly going well until Malu suddenly accused YoungBoy of trying to take her virginity without her consent. This led to several issues between them and on social networking sites as well. Shortly after, they broke up as well.

After this incident, Malu Trevejo took to Instagram to share lovey-dovey snaps with a handsome guy. Conversely, she kept his identity hidden from the online community. Her young boyfriend was quite stylish. He has curly hair and a nose piercing as well. As revealed by her posts, she loves spending quality time with her new boyfriend. She had captioned in one of her pictures as well, how she had found her soulmate finally. 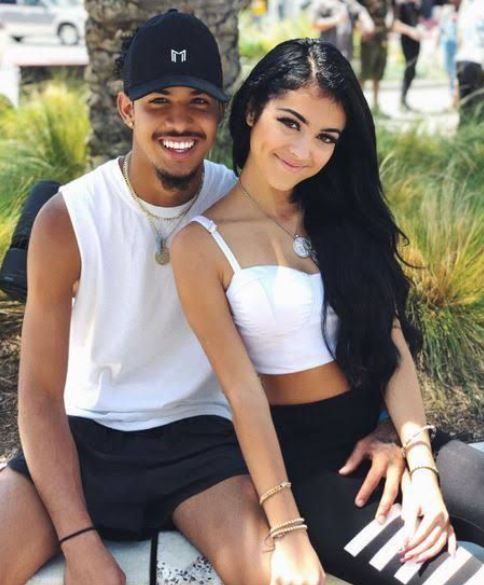 In October 2020, Malu was caught kissing the lightweight boxer, Ryan Garcia passionately on camera. The duo was filmed outside a restaurant in Los Angeles, in front of on-lookers. 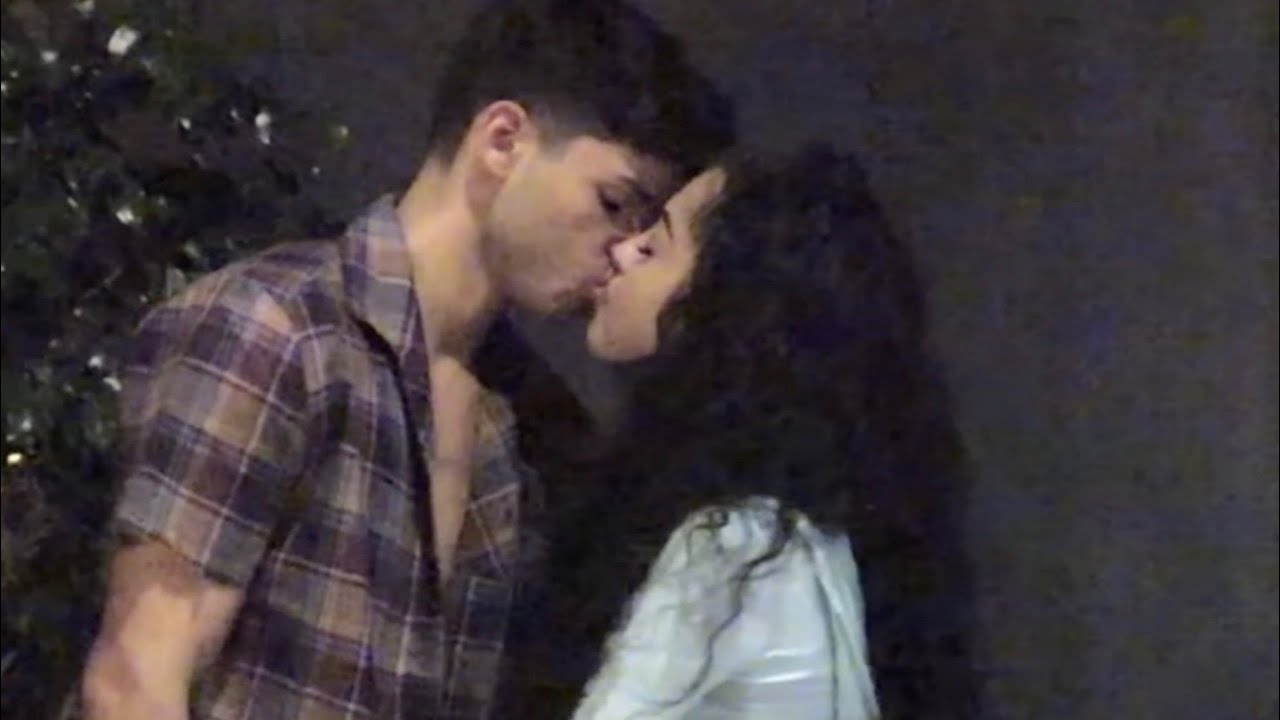 On the other hand, Ryan’s girlfriend, Andrea Celina was pregnant with his second child at that time. Andrea labeled him a ‘piece of shit’ and called him a ‘horrible evil human’. Malu shared her side of the story and said that she was unaware of Ryan’s engagement with Drea. Finally, Ryan stated that he was on a break with Andrea. And whatever he did was his personal choice.

Malu and Central Cee fuelled rumors towards the start of 2021. The Cuban singer had posted a cozy picture of the pair in her Instagram story. 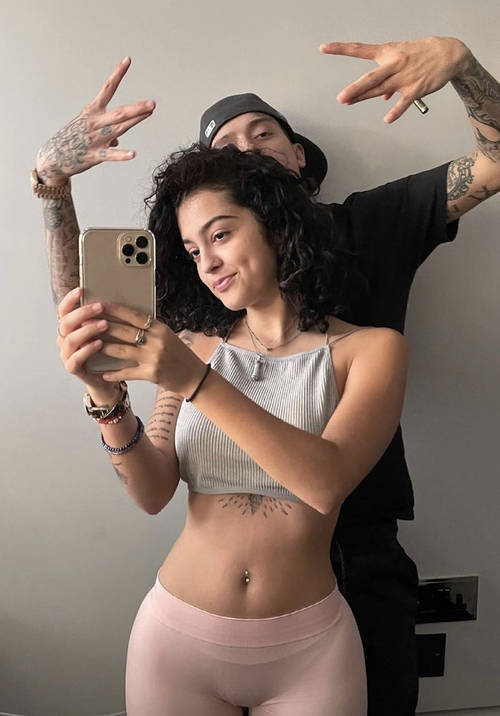 Fans were taken aback on seeing the pair together. However, in response to this, Malu posted an Instagram story. Perhaps, she aimed it at the ‘loaded’ rapper to shut down the floating rumors. Her story was seemingly a stunt to help the rapper reach the benchmark of a million followers.

Malu Trevejo was linked to the Rae Sremmurd rapper, Swae Lee in June 2021. The twosome was first seen together on their respective Instagram stories. Additionally, they also posted photos of looking very cozy together in a swimming pool.

Again, days later, they just added sparks to their rumored affair by posting loved-up snaps clicked at the club. 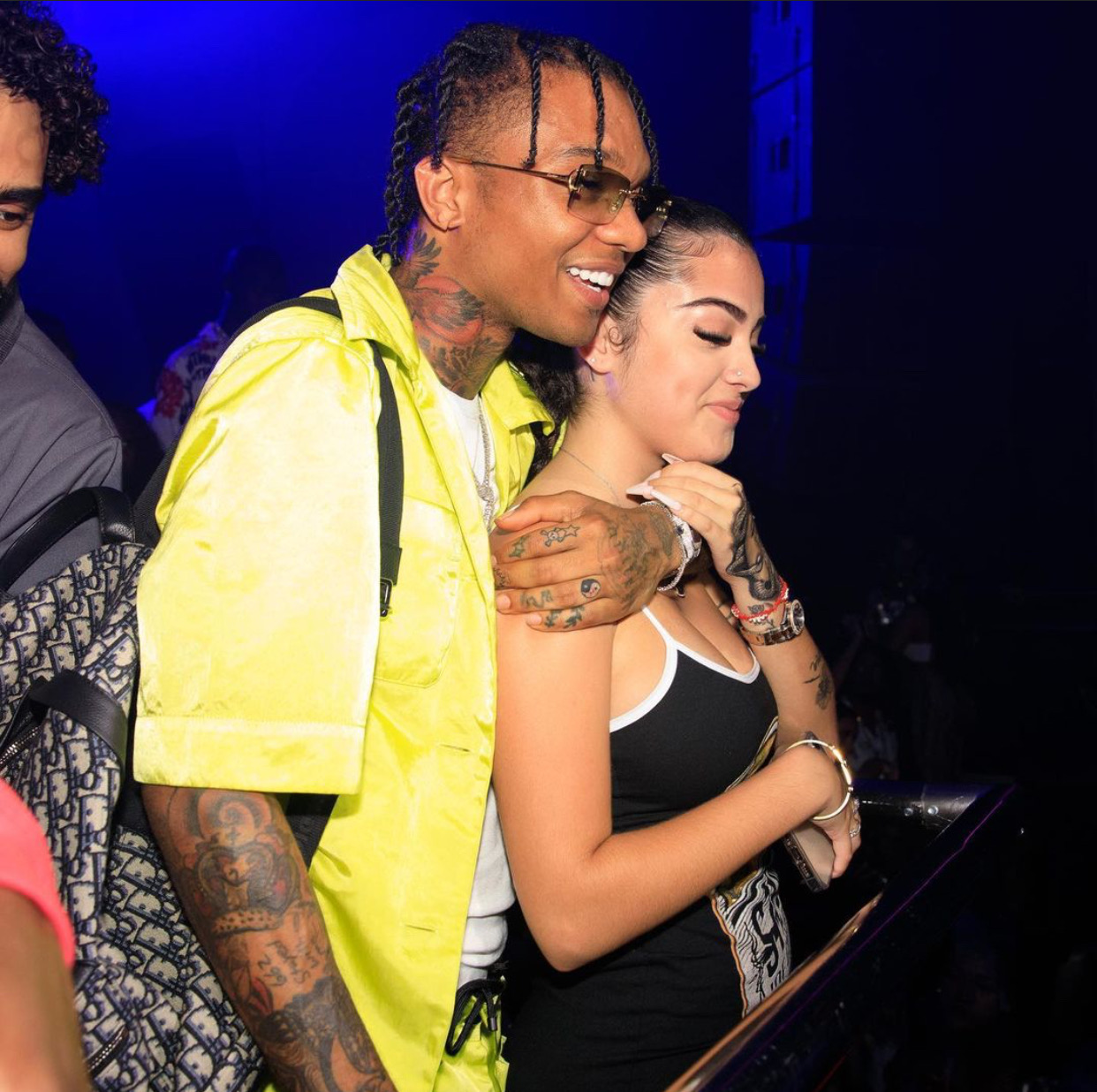 In those images, the ‘Black Beatles’ rapper could be seen wrapping his arms tightly around Malu. Swae Lee captioned the photos as ‘Delicioso’. Meanwhile, Malu also hopped onto the comment section with a simple smiley emoji.

Most Goggled Facts about Malu Trevejo

The social media sensation celebrates her birthday every year on 15 October.

The real name of this diva is María Luisa Trevejo.

She has a well-toned body and weighs approximately 50 kg or 110 lbs.

The color of Malu’s eyes is black.

As already mentioned earlier in the article, Malu is unmarried and not officially engaged to anyone.

She is a prominent Instagram star and has amassed 10.5 million followers there. She usually strikes bold poses in sexy pieces of clothing. Her steamy uploads get millions of likes.

This talented youngster has over 20 million and around 527 million likes on her TikTok account.

You can listen to Malu’s tracks on Spotify, which boasts more than 265K monthly listeners.

Notably, Malu also has an active presence on YouTube. She has 50+ videos there, all of which earn plenty of views. And over only four years, she has gained 1.4+ million subscribers.

In December 2020, Malu herself revealed that she underwent breast augmentation surgery. As per some sources, she also underwent buttocks and hip injections. 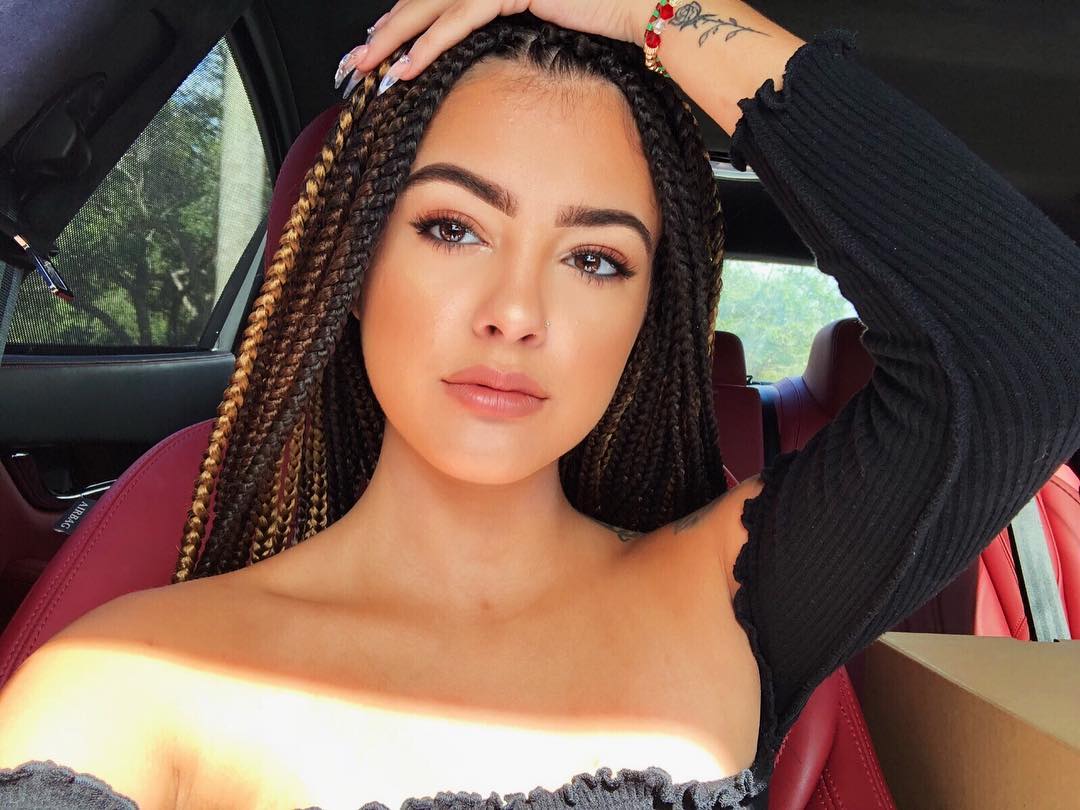 Here is a list of some of Malu Trevejo’s favorites:

If you would like to grab some exclusive merchandise from Malu Trevejo, then make sure you visit her malumerch.com. She sells a wide range of apparel here – including sweatpants, hoodies, hats, jewelry, and T-shirts.