What Elon Musk Got Wrong About Bitcoin 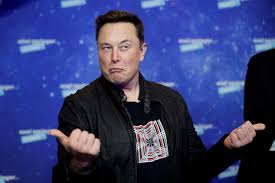 Bitcoin’s price was quite volatile this year, mainly due to the impact of Elon Musk’s tweets about Bitcoin and Dogecoin. Here’s what you need to know about what he got wrong.

One of the biggest headline grabbers this year has come from Elon Musk and his decision to stop accepting crypto for his company. This was mainly due to the negative press he received about the environmental impact of Bitcoin, causing him to panic and pull the plug.

In fact, it is misunderstood about the impact on the environment, especially when you consider the difference in renewable sources of electricity versus carbon emission, which crypto has no part in.

The main concern comes from price increases, where the blockchain network may require more computing power and energy to store and process transactions. However, experts are working to address this, and as it becomes more popular, more people will be able to assist.

There are actually plenty of incentives involving Bitcoin also. It incentivises renewables energies, including that of the hydro-electric nature. Some of the more lucrative Bitcoin mining operations are actually powered by hydro-electric electricity. It is known as the cheapest and cleanest reliable source of electricity. That is why there is sometimes a belief that Elon Musk is wrong about Bitcoin being bad for the environment.

Understanding What Bitcoin Is

To understand where Elon went wrong and to understand the whole crypto drama that unfolded, it will help if you understand how to answer the following question. What is Bitcoin? Bitcoin was the first and still major cryptocurrency coin that is on the market. It has existed in its current form since 2009, by someone under the pseudonym of Satoshi Nakamoto.

No one truly knows who this person is, but they can thank him, or the group behind the name, for the creation of crypto as we know it. It was initially designed to be used for everyday life, such as through transactions with money. The banking crisis of 2008 led to Bitcoin emerging as a solution for failing traditional banking infrastructures.

We can only speculate but Elon Musk probably used Bitcoin for his money-making scheme, which he was working through effectively until tanked the price because of negative press that he himself initiated. He is not dismissing the power of Bitcoin, he’s promised to look into alternative methods to trade, but we will see.

Understanding The Future Of Bitcoin

Many people are buying up the stocks of Bitcoin and other cryptocurrencies as they believe it will become the mainstream source of finance in the future. So, if they can buy enough now, then they will be in the best position possible.

Elon Musk realized this, which was why his company Tesla bought over $1.5 billion in Bitcoin earlier this year, with plans to start accepting it as a payment method. Of course, this ended up being short-lived when Elon reversed the decision, but it is more than likely that he will reverse this decision again when he sees the benefits once again.

Choosing the Best Financing Option for Your Business: The How-to Manual

Why You Should Factor Insurance into Your Financial Plan

Factors to Consider when choosing the Best Broker