More commonly known as Emily VanCamp, Emily Irene VanCamp is an outstanding television and several hit movies actress. We have seen Emily acting in numerous superhit and blockbuster films and winning our hearts. But her role in the Marvel Cinematic Universe(MCU) has been the best role of her life. It took Emily VanCamp to an entirely different level of fame and stardom. 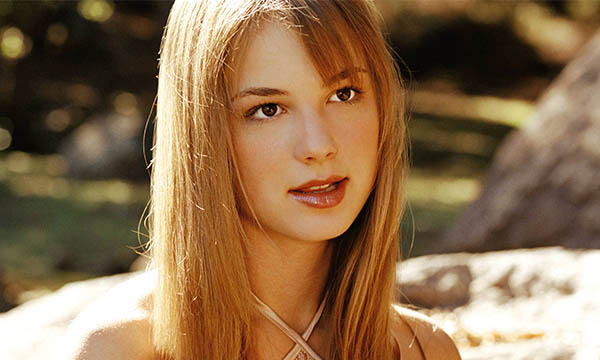 Born on May 12, 1986, Emily VanCamp is from Port Perry, Ontario, Canada. The name of his father is Robert VanCamp. He is, more precisely, an animal nutritionist. Therefore, the first job in the career of Emily came from her father. Emily used to work for him by delivering food to clients in her hometown and nearby. However, She had quite a taste for dance since she was three years old. Therefore, after becoming eleven, Emily dreamt of becoming a professional dancer someday. Thus, she convinced her parents to allow her to attend a summer training program in Montreal. Hence, at the age of 12, Emily VanCamp became a part of the  École supérieure de ballet du Québec. It was a training program of Les Grands Ballets Canadiens. Hence, Emily VanCamp moved in then with a local French-Canadian family.

Emily VanCamp on the early stages of her career 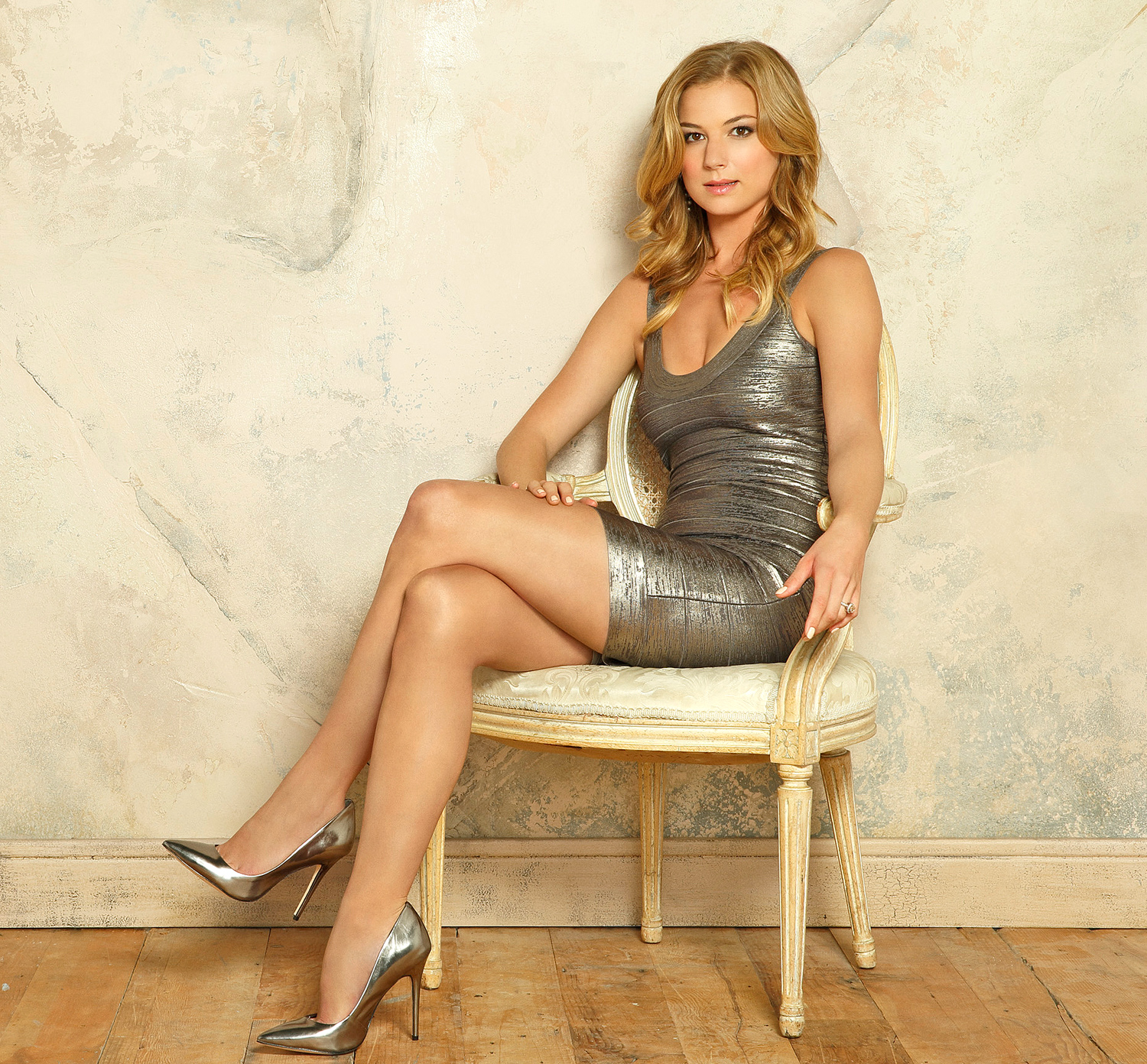 The year 1998-2010 was somewhat a fresh beginning for Emily VanCamp. Emily became interested in acting on seeing her sister Katie on the sets of the film Ladies Room. Hence, it was on that day that she saw the light in the field of acting. After that day, she started to take acting classes on Sunday afternoons. Initially, Emily VanCamp began to with a few commercials. However, she soon found an agent. She appeared in the second part of a three-part episode of the “Are You Afraid of the Dark?” series. It was a Canadian children’s horror anthology TV series. Emily then also acted in the film “The Silver Light.” In the movie, Emily played the role of a 17 years old girl, Elisha Cuthbert. However, she hardly had any dialogues in that one scene she played.

But Emily’s role of acting as a teenager did not end. She once again played the role of a teenage girl, Jackie Bouvier, in “Jackie Bouvier Kennedy Onassis.” The film was an Emmy-nominated CBS TV movie. In the following year, the release of her first theatrical film saw the light. The film’s name was “Lost and Delirious,” and it had the theme based on lesbians. In the movie, she played the supporting role of Jessica Paré’s sister. After that, she acted in various films. And another TV guest spot in an episode of the short-lived medical horror series “All Souls.” There she played a hit-and-run victim with spinal trauma. Emily also had roles in the miniseries “Dice,” which was directed by Rachel Talalay. In the TV film Redeemer, she was also played a part In the TV film Redeemer, directed by Graeme Clifford in early 2002.

The Latter Half of Emily’s career The latter half of Emily’s career saw a sudden breakthrough, and she was 15 years old then. Emily was playing the character of Sam Dolan back then. It was a regular series role in the WB mid-season show. The name of the show was Glory Days. Therefore, meaning Demontown in Europe. It was the third horror TV series from Dawson Creek’s creator Kevin Williamson. The series received a lot of positive reviews. But the ratings of the series weren’t up to the mark and turned out disappointing. Therefore, they canceled the show after nine straight episodes. But that particular episode where Emily VanCamp played the role of the lead character’s younger sister caught the eye of Greg Berlanti. He was the writer of Dawson Creek. Emily VanCamp’s acting reminded him of Katie Holmes. Therefore, he desperately wanted to work with Emily.

Thus, he offered Emily VanCamp a role in his forthcoming show, Everwood. It was also under WB. In that show, VanCamp played the role of Amy, Dr. Abbott’s daughter. Her role was to immediately form a friendship with Dr. Brown’s son, Ephram. Gregory Smith played the role of Ephram. However, a significant portion of the show reflected the relationship between the two families. Therefore, Amy and Ephram in general. This was when people started recognizing her as a versatile actress. Hence, this was when Emily’s fame started growing. People began to see her for what she is. The versatility in her character involving drugs, depression made people realize that she has the talent. 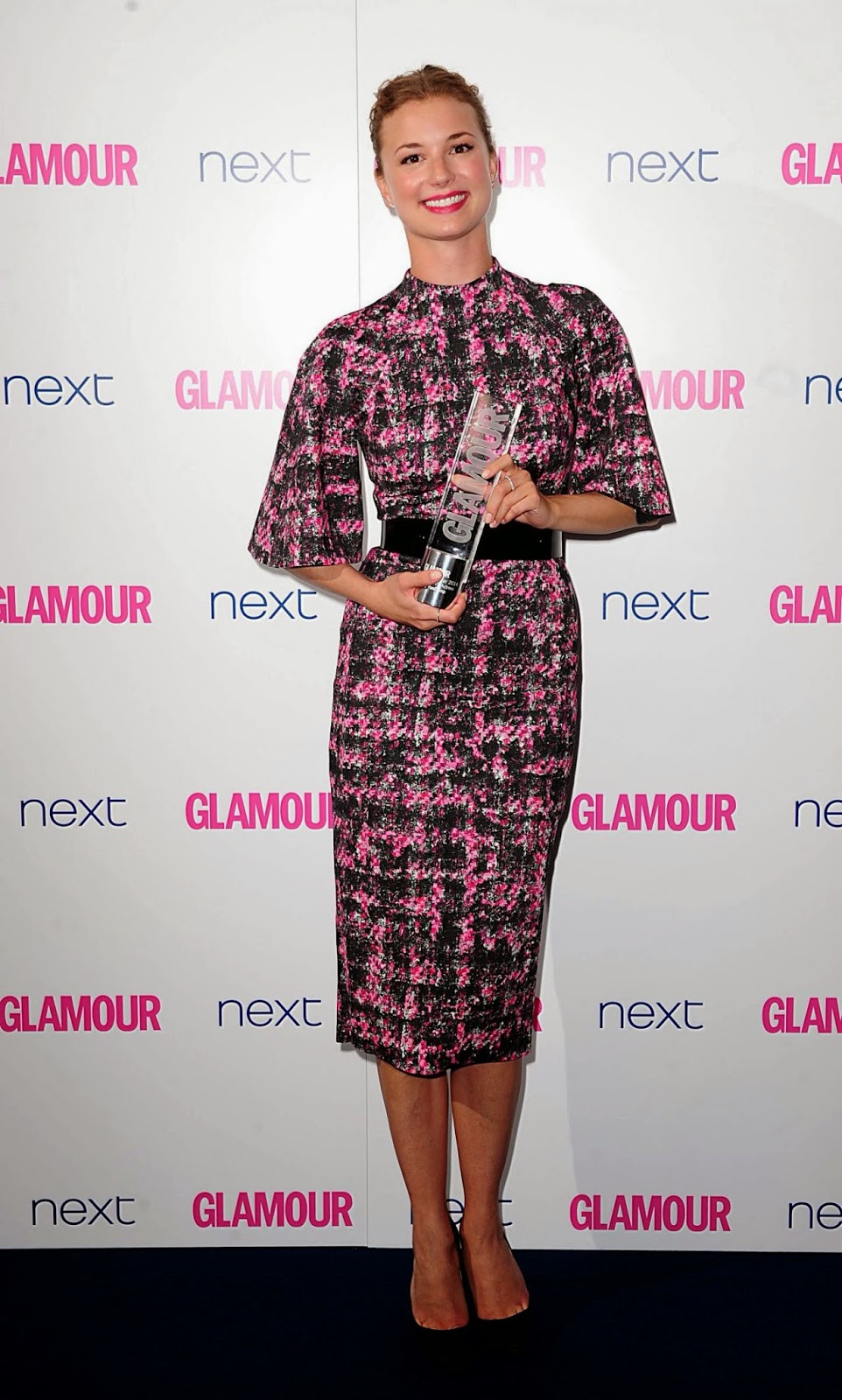 However, during this period, Emily VanCamp was alienated from her family. While the show was running, her name was in various nominees of awards. It included four nominees for Teen Choice Awards and a nomination for Young Artist Awards.

During the break which she received in the middle of Everwood 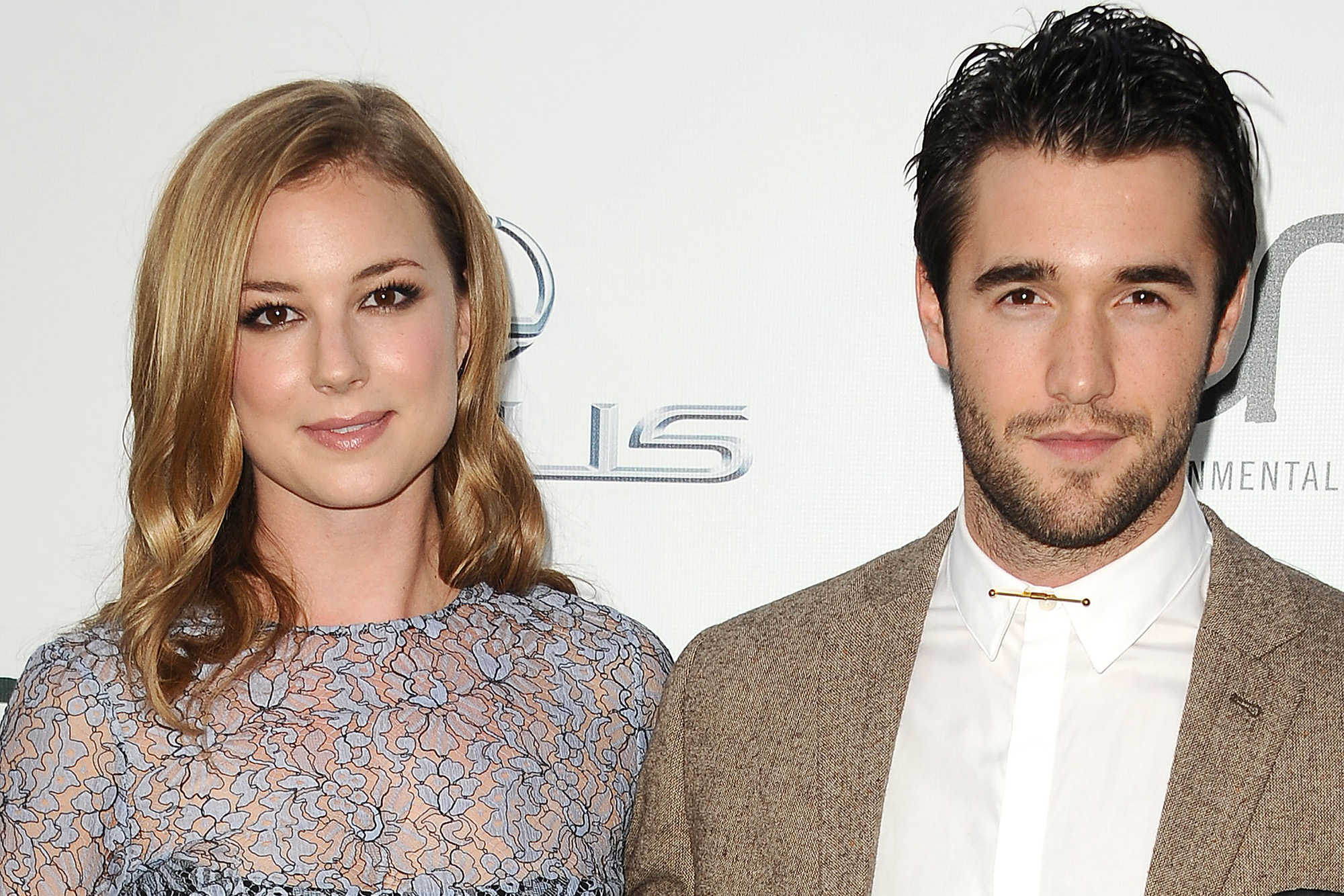 Among siblings, Emily VanCamp has three sisters. Her all-time favorite conversational language is French. She loves hearing the language from anyone. Moreover, she had also mastered dance forms such as ballet, jazz, hip-hop, and tap when she was a child. Therefore, she has explained that her deep love and perfection in dancing have helped her in various action scenes in movies. One movie is “Revenge.”

Moreover, Emily has also opened up what she would have done if she hadn’t succeeded in her acting career. She would have probably chosen dancing or some form of cooking as her primary career. Emily VanCamp opened this up without any regrets.

In the year 2011, Emily VanCamp began dating Hollywood actor Josh Bowman. He was her co-star in the movie Revenge. In the year 2017, the couple announced their engagement. Hence, they finally married on December 15, 2018, in the Bahamas. Moreover, Emily is a supporter of equality in pay rates as well. Born on May 12, 1986, Emily VanCamp is currently 35 years old as of 2021. Thus, these first 35 years of her life have been worth it. Subsequently, all the efforts she had put into the acting industry have paid off quite well. 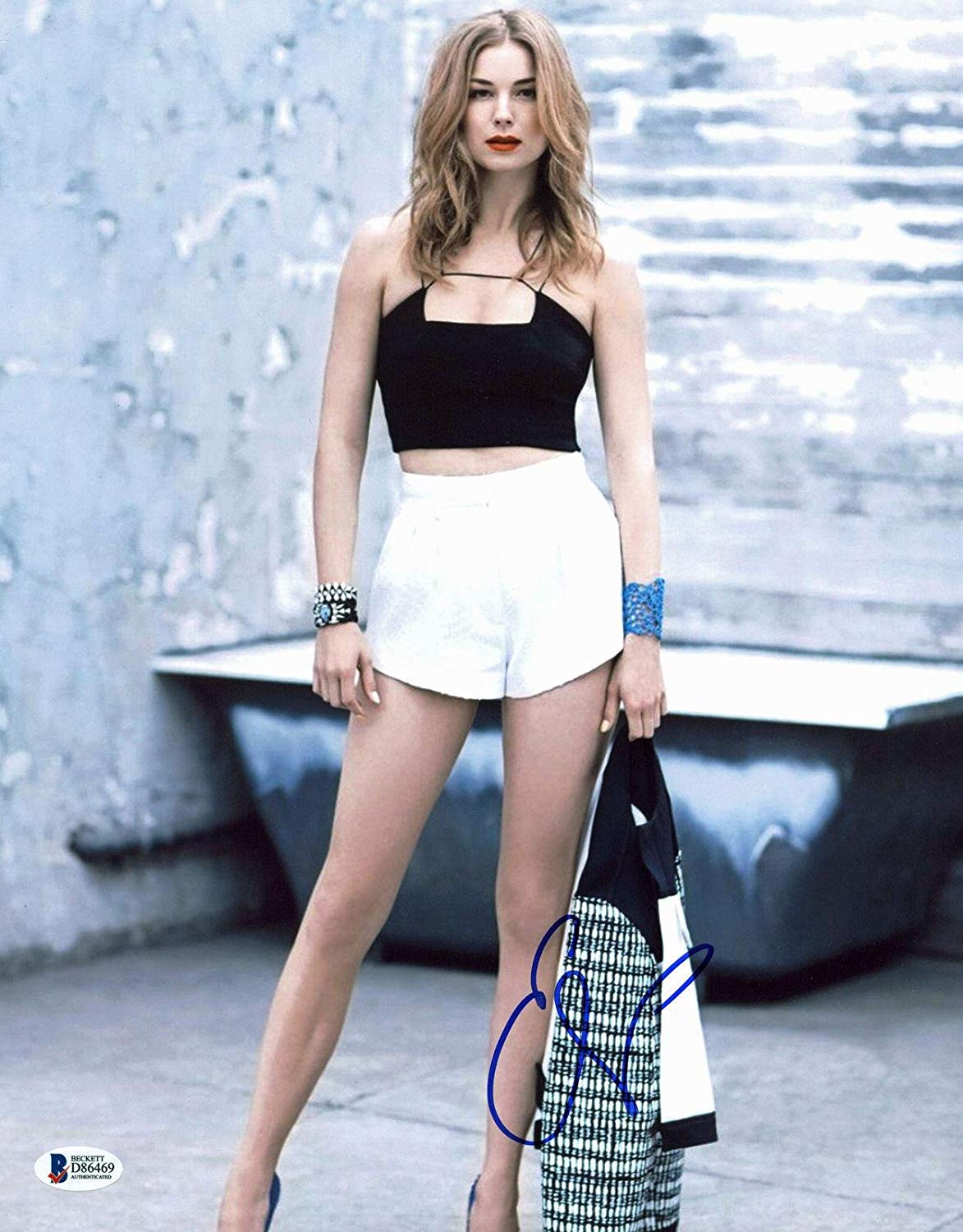 Emily VanCamp has quite to boast about having a height of 173 cms (5 ft. and 8 inches). Moreover, she is exceedingly pretty too. Therefore, she keeps fans crushing around her.

Emily VanCamp & Her Net Worth 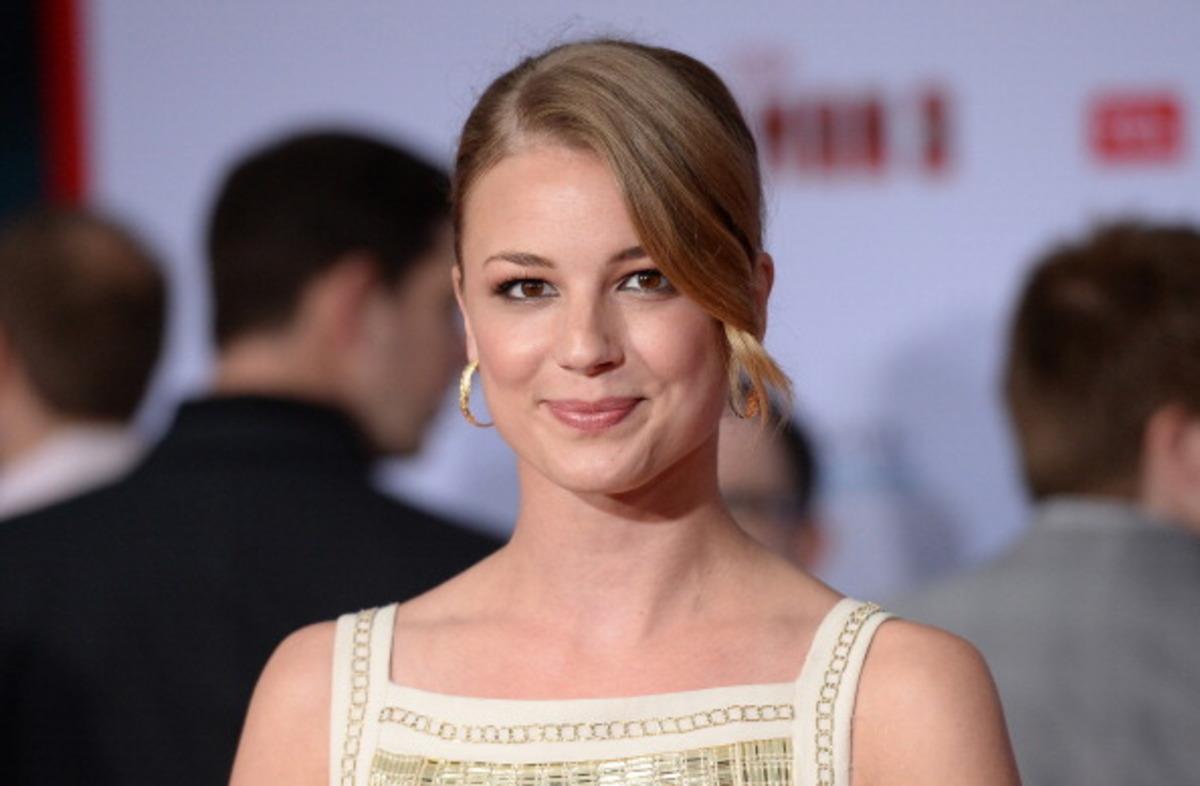 Emily VanCamp is quite a highly paid actress, especially since she has been an integral part of the MCU. Her net worth currently is $8 Million. 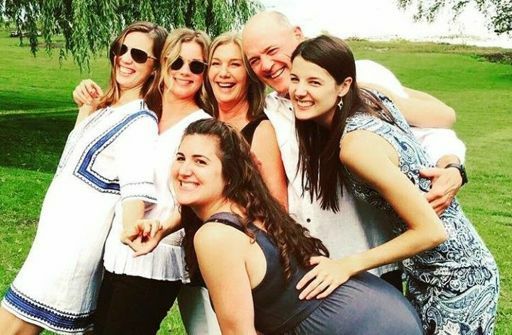 The loving and caring parents of Emily VanCamp are Robert VanCamp and Cindy VanCamp. To have someone like Emily as their daughter is undoubtedly the proudest thing for them. When it comes to successful love life, she has endowed it all. Her relationship with Josh Bowman has proved it time and time again. Her previous romances with her co-stars, such as Chris Pratt and Dave Annable, did not work out. However, her relationship with Josh Bowman certainly did. And it creates quite a stir among her fans to see the couple spending time together. Emily VanCamp and her husband, Josh Bowman, had met in the year 2011. It was on the sets of her series – “Revenge.” In the series, Josh was her co-star, and they acted as couples in that series. Eventually, they fell in love and engaged and have been living together happily ever after.

There has been a lot of chemistry involved between the couple. She shares and tweets various pictures of her Josh on social media accounts. Emily also openly spoke up about their affair once and explained how comfortable she feels around her man. VanCamp has portrayed him as the perfect guy who never cares about glamor if sometimes she looks dull. Therefore, the couple is the perfect pair, and their fans love to see them together enjoying their lives.

Emily VanCamp boasts as high as 1.2m followers on Instagram. She has over 262 posts. These posts constitute her wedding diaries, her movie sequences, and her photos. These photos are generally of her and her husband, that is Josh Bowman. The various posts of Emily VanCamp reflect their deep connection of love and support. These pots also include instances where people found the couple traveling and enjoying their lives. But mostly, the posts are all about her various films. The roles she played, the interviews and promos she upheld, and the stars she loves and respects. All the above are pretty blissfully covered on her Insta account. Emily fans can search her name and visit her account to know everything about her. 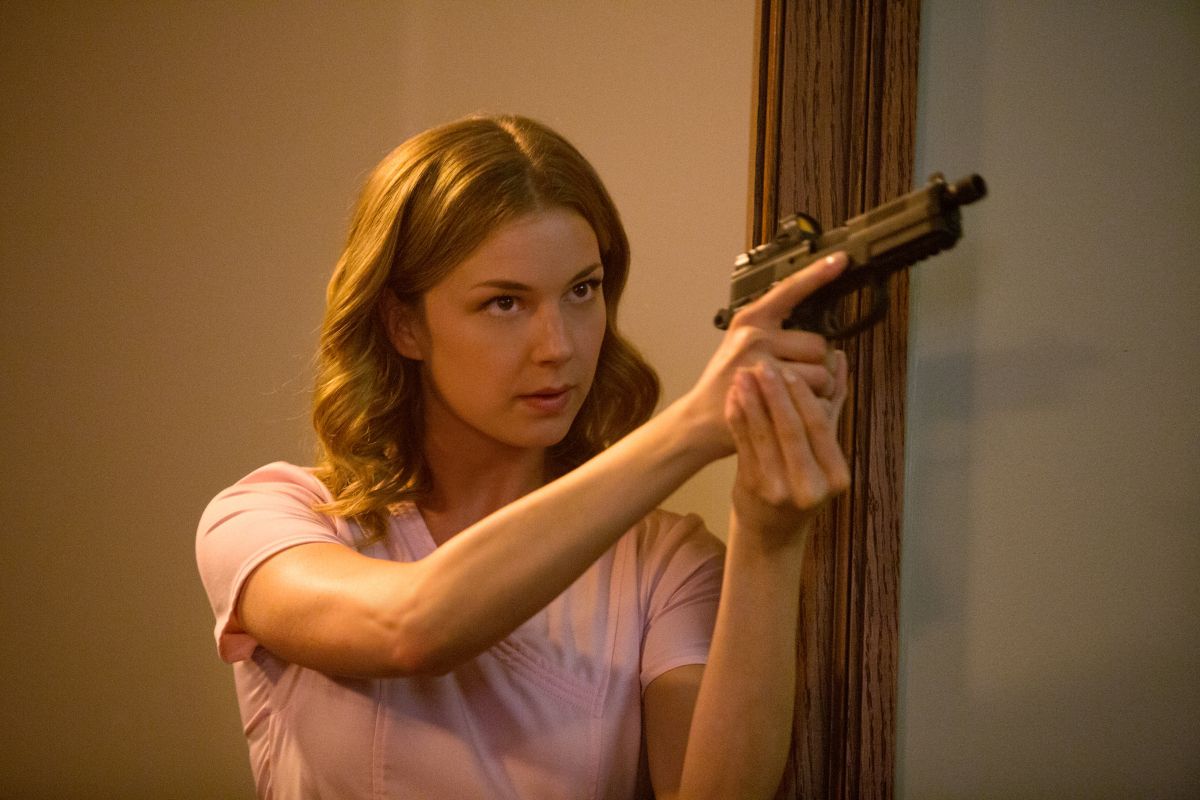 Throughout her entire career, Emily VanCamp has performed in various films. Subsequently, her fans love all her movies. People like knowing about her about different films and also the upcoming ones. Here is a list of all movies of her career.

People have also shown immense interest in her various TV series. Here is a list of all her latest TV series as of 2021. 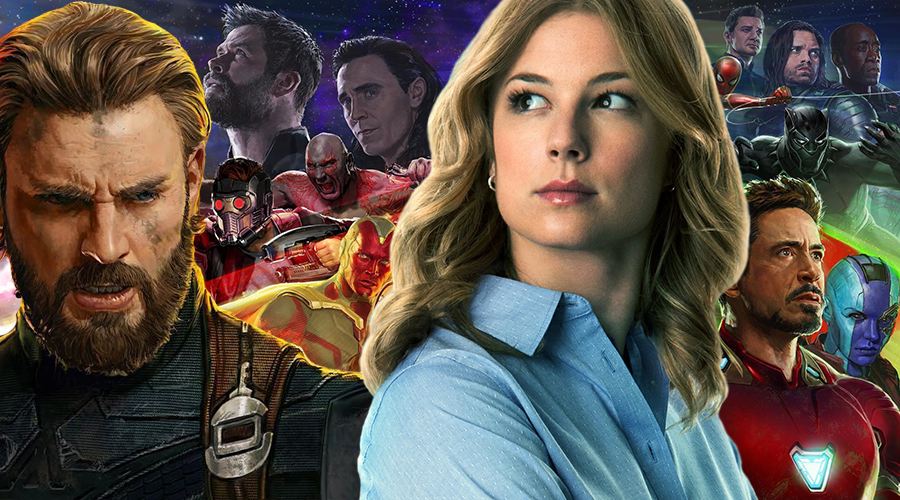 The most memorable movies of her career will always be the ones where she worked for the MCU. The two movies – Captain America: The Winter Soldier and Captain America: Civil War will be the all-time favorites for the fans. However, recently Emily VanCamp has also been in the Netflix MCU series, “The Falcon and the Winter Soldier.” The series has been quite a hit, and fans loved to see their favorite character of Sharon back again.