Use of Exponents in Real Life 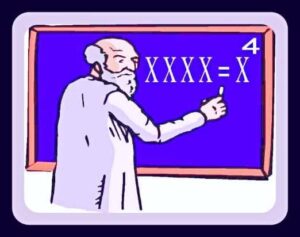 Exponential functions have become a necessity of our life, on the other hand, it’s a fundamental tool of algebra but many of us struggle to use it.

Whereas in a lot of countries exponents are called indices but the good news is that the concept is the same no matter what term is used.

In this article, we would be discussing a couple of things

What are Exponents or Indices?

Well just like the four main arithmetic operations that we use in math exponents are a type of math operation.

They tell us what to do with numbers, ok but what do they tell us to do?

The answer is the exponents tell us to take a number and multiply it by itself a certain number of times in other words exponents are repeated multiplications.

To help you understand what I mean, let’s review multiplication for just a second.

Do you remember how multiplication is basically repeated addition?

Now let’s compare that to a similar exponent (2^4)

Yes, that’s an exponent, further, we will check out why it looks like that? And why are the numbers in different sizes?

But for now, you just need to know that this exponent tells us to take the number 2 and multiply it 4 times in other words you would take four “2”s and multiply them together like 2 X 2 X 2 X 2 which would equal 16 so multiplication shows repeated addition and exponents show repeated multiplication, To understand this we will show you more examples later on.

Why exponents look the way they do?

Exponents involve two numbers such as (24) so the first number is the one that gets multiplied repeatedly a certain number of times and its written full size and it’s called the base means (2), the second number tells us how many copies of the base to multiply together. It’s written much smaller and up at the top of the line like this (4) and it’s called the exponent (or the index).

How to read exponents?

When reading exponents some interesting terminology is used for example (2^4) this will be read as two to the fourth power or just two to the fourth for short and this exponent (3^5) would be read as three to the fifth power or just three to fifth. You often hear people saying that the number is raised to a certain power but it’s just another way of saying the same thing.

Unfortunately, that terminology has created a little confusion traditionally you would say you have a base raised to a number called an exponent, and by doing that the answer you get is called the power of that base.

When people started saying things like “2 to the 4th power” or “2 to the power of 4” it made it sound like the exponent was also called the power, as a result nowadays you may hear people saying exponent and the power to mean the same thing.

It’s unfortunate that the terms have become so mixed up but as long as you understand that the base is the number that gets multiplied repeatedly and the exponent tells you how many of them to multiply you will be in good shape.

Now some of you might be thinking where is the operator symbol? If exponents are the math operations don’t we need a symbol that interrelates them together like there is with multiplication and the other arithmetic operations?

Well yes and no, most of the time we don’t need a special operation symbol because of the way the numbers are written.

Since the exponent is written smaller and up at the top of the line it looks much different from a normal digit so we don’t need to use a symbol.

Well in math whenever you see a regular number with a small number up and to the right you know its exponent and once you get used to seeing exponents like this, it’s easy to recognize them,
The only concern is when writing down on paper or when you are trying to solve problems.

If you are not careful or have messy handwriting you might end up accidentally writing the exponent like (2 to the power of 5) with a two-digit number like (25) and obviously that would be a problem.

How to write in different applications?

Exponents do not have commutative property

How they are used in math?

As we mentioned earlier, exponents are a way of doing repeated multiplication 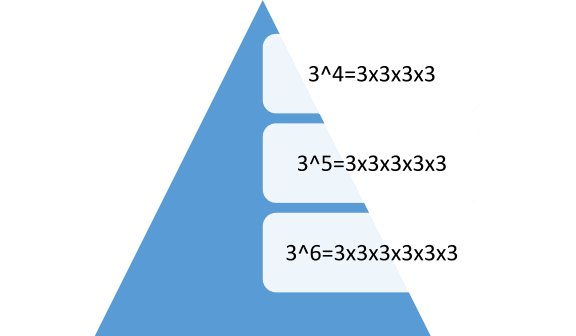 You see the pattern so exponents can save you a lot of writing when you need to show repeated multiplication.

Use of Exponents in real life

Exponents actually have a lot of applications in real life but one place where we would be sharing with you is in finding combinations or how many combinations are there so for example you may have seen something called combination locks.

Combination locks is a locking device that usually uses a sequence of numbers or alphabets to open the lock while spinning it. let’s take it like this a lock has 3 spinners sequence of numbers on each from 1 to 10 so anyone number or different numbers can have a pattern to lock and unlock the device so altogether we can find out how many combinations can it have using an exponent.

Each spinner has 10 different possibilities and there are three different spinners so,
10 X 10 X 10 combination of what that could be or in other words 10^3 which = 1000 so it can have 1000 possible combinations.

In another example let’s say instead of numbers we have alphabets.

So now there are 4 spinners on the device each having alphabets from A to Z now instead of 10 different possibilities for each one there are 26 one for each letter.

The number of combination could be if, 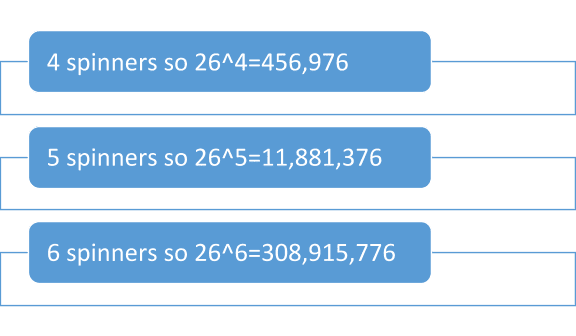 As the exponent numbers get higher and higher the answer is going to grow exponentially. But as the exponents get higher we need a calculator so if you do have a scientific calculator great or else simply search on the internet for online exponent calculators it would shorten your time such as (meracalculator, easy-calc, and polymathlove, etc.) on top of it you can access a number of different applications through these free online calculators, Just type in the power and the exponent you would get instant results.

So in practical life, there is a number of applications where it is being implemented such as Engineering, Accounting, Finance, Gaming, and economics, etc.

Types of people use exponents

What is Oacian Species: Everything You Need To Know About Them

The Key Steps to Restarting Your Education