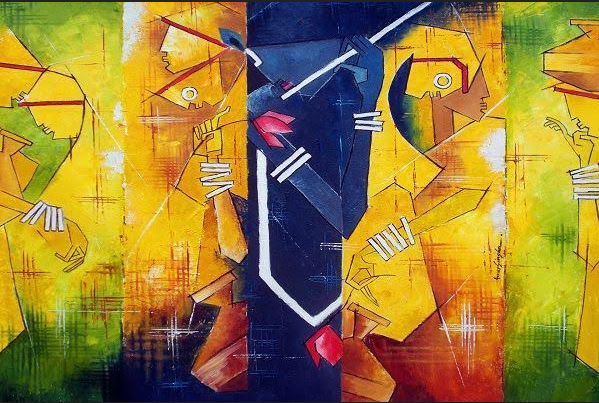 Have you thought about the people who toil day and night to make your art event spectacular? Those are none other than Indian art collectors of the museums and art galleries. They are known as Art curators. An art curator is a person who purchases, take or let out on rents artworks, manages for art galleries, museums, and private art collectors. They trace the trend that has been prevailing and tells that as to which kind of artwork would fit what kind of purchasers.

India’s indigenous art has been touching new heights. Lately, Bhupen Khakar’s tailor painting was auctioned at a whopping figure of £1.1 million at an auction event presided over by Sotheby’s which is situated in London. In the middle of the year 2016, Khakar was felicitated by Tate Modern situated in London for his exemplary contribution towards the promotion of art.

Due to constant efforts of the artists, art lovers, art collectors, dealers, gallery owners, auction houses, and art curators, art events like Indian Art Fair, events organized by Indira Gandhi National Centre for the Arts, the Kochi-Muziris Biennale escalate the courage and determination in the contemporary artists by giving them various opportunities on national and international platforms.

Some think these phenomena are a result of expanding Indian diaspora and its support while according to one popular opinion this surge is an outcome of the art curators organizing art events and exhibitions to promote Indian art and paintings. Christie’s have taken their feet off from the Indian subcontinent. It had a setback of its own but, the market is still ripe.

Samir Saran is the Managing Partner of Sotheby’s International Realty. According to him, Indian art has come a long way. It has reached a much higher pedestal in the art world. Now, times have changed and major Art museums and collectors are looking for some of the best pieces of Indian paintings. Gaurav Bhatia, former CEO of Sotheby’s India observed that the focus of the auction house was on Indian art collectors around the world. Their strategies have culminated in buyers purchasing artworks worth $250 million.

Let us understand things from the way of art curators:-

Natasha Ginwala is an art curator, researcher, and author of books relating to art and curation. She has successfully curated art events like Documents 14, My East is Your West at the 56th Venice Biennial Contour Biennale 8 in the year 2017.

She observed that Indian artists are in high demand in collection for international museums. These artists are displayed across different genres of the biennial circuit in distinctive formats. There is a constant exchange of culture and art through collaborations in events and projects across borders in between international and indigenous institutions.

Riots and Slow Cancellation of the Future are two of her recent shows. They were launched at IFA Gallery in Berlin. The project focuses on the way as to how crowds behave in riots and what happens after the disaster. Following artists have participated in the sensitive project:-

Natasha is of the view that on the global platform, the dominance of modern art and sculpture-making is gradually waning off. The trends in Southern parts of Asia reflect a research-based approach in buying patterns in contemporary art.

Jhaveri is famous for his singular dressing sense and eclectic taste for arts. He is working as the assistant curator of South Asian Art at the Metropolitan Museum of Art. As a part of the diaspora, he has a key position as this post was specifically and exclusively created for Jhaveri in the year 2015. This position allowed him to become more engaged in discursive points. He faced many challenges, one of them being to make modern and contemporary art from Southern parts of Asia known to those who have judged it without knowing it.

Last year MET’s Moderns and Contemporary Department will display two artworks from the diaspora. One of the installations made by Rajani Shettar would from the part of the first exhibition. The nest event, the annual roof commission would be exhibited that is curated by Jhaveri. The curator would endeavor to increase the share of South Asian art in the total procurement of the artwork of the MET. Another female artist from this region was shown in the summers of 2019 at the Met Breuer. Jhaveri’s goal is to make sure that art from this region doesn’t lag behind when it comes to representation.

Slowly, collectors from all over the world are becoming aware of the art and culture of this region. The cause of this is the organization of art events at international levels that helps Indian artists reach collectors from different diversity. This phenomenon is growing and the orientalist’s beliefs are fading away in the glory of our indigenous art.