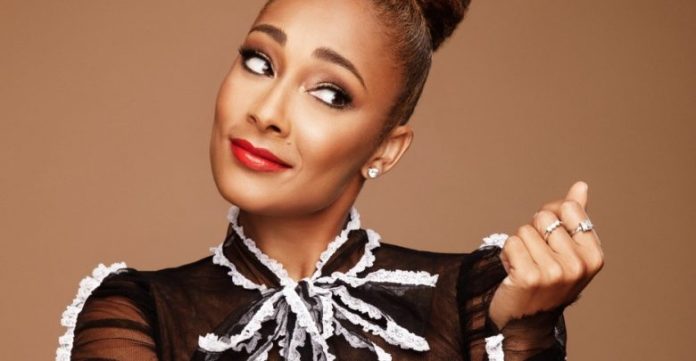 We know Amanda Seales for portraying Tiffany Dubois on HBO’s “Insecure.” Seales started working in the entertainment industry very early. She starred in her first film when she was only 11 years old. People may also have watched her first standup comedy special on HBO. Amanda Seales is the creator and host of “Smart Funny & Black,” a comedy game show committed to the black culture. Amanda owns a master’s degree in African American Studies. She also used to be a part of the Floetry duo. On top of all that, Amanda Seales has released a book, “Small Doses: Potent Truths for Everyday Use.” It contains little pearls of wisdom from someone who has a lot of wisdom to offer.

Born on July 1, 1981, in Inglewood, California, at Daniel Freeman Hospital. She and her mother are dual citizens of the US and Grenada since her mother was born and brought up in Grenada, whereas her father is African-American. In 1981, she went to Dr Phillips High School, in Orlando, Florida. Even after spending most of her life in entertainment, she made time to pursue formal education. She completed her graduation from SUNY-Purchase, then obtained her master’s degree in African-American studies from Columbia University with a focus on the Hip hop.

In 1993, Amanda Seales made her debut as Katy in the movie Cop and a Half. She has been unstoppable since then. Seales portrayed the character of Deonne in the Nickelodeon sitcom My Brother and Me, in 1994. She was also consistent with her poetry scene as she appeared on Russell Simmons produced show, Def Poetry Jam, in 2002. Seales appeared on MTV2 Sucker Free Countdown on Sunday’s, which made her publicly famous as “VJ Amanda Diva”.In 2016 she was given a recurring role on the HBO series Insecure, as Tiffany DuBois. Amanda plays the role of the mature friend who considers her marriage as her biggest achievement, on this show. In the same year, she also started hosting her popular show called Greatest Ever on truth.

Amanda Seales did her first stand-up comedy special I Be Knowin’ on HBO. She already had a thing for comedy, but she didn’t think of comedy as her career. When asked the reason behind this, she said that the fear of disappointment stopped her from trying. She’d been hosting for quite a long time, not only on television but also on live shows. So, She was not shy about being on stage and engaging with a crowd. But it was a journey to finally find her voice. She hosted a comedy competition series” Bring the Funny ”on NBC. She hosted another talk show alongside Loni Love, called The Real. Seales also hosted BET awards 2020.

In 2007, Marsha Ambrosius approached Amanda to join her group Floetry. The famous musical R&B duo recorded two albums before Natalie Stewart quit due to some differences. The group didn’t consider her as an official member of the as she replaced Natalie after she left the group. Amanda however, says that her journey with Floetry seemed like a failure from the beginning. She even told during an interview with The Breakfast Club that during tours Floetry members never informed their fans that Natalie had left the group. She also added that Ambrosius and the group’s management should have dealt with Natalie’s quitting in a better way. At the end of the same year, Seales also released her first EP Life Experience.

Amanda Seales had a hip-hop head and was a big-time fan of lyrical rap. Luckily enough she got to work with a famous rapper, Q-tip. She starred in the song “Manwomanboogie”. This song was on Q-Tip’s Grammy-nominated album The Renaissance. The next year Seales released Spandex, Rhymes & Soul, in March and Madame Monochrome in April 2011.

Amanda Seales used to be known for her poetry in the late 1990s and early 2000s. Amanda Seales used to perform spoken word poetry during her college time. She also performed at Def Poetry jam, the Russel Simmons produced show, in NYC. There was a time in her life when she used to do full-time rhyming. But all her struggle paid off when she got a chance to show that her poetry skills were still excellent, by a performance at the BET Social Awards 2018.

The actress and artist also host a weekly podcast of her own, Small Doses. She did her first Smart, Funny and Black tour, in 2018.

Apart from having the talent of Acting and Hosting, Amanda Seales was a Competitive gymnast for 6 years. She is extremely proud of her accomplishments as a gymnast.

‘Small Doses: Potent Truths for Everyday Use’, Amanda Seales first book, was released in 2019. The book is an extension of her famous podcast of the same name. It contains insightful essays, life advice, original illustrations, and photos from her trademark “self-help from the hip” style of commentary. 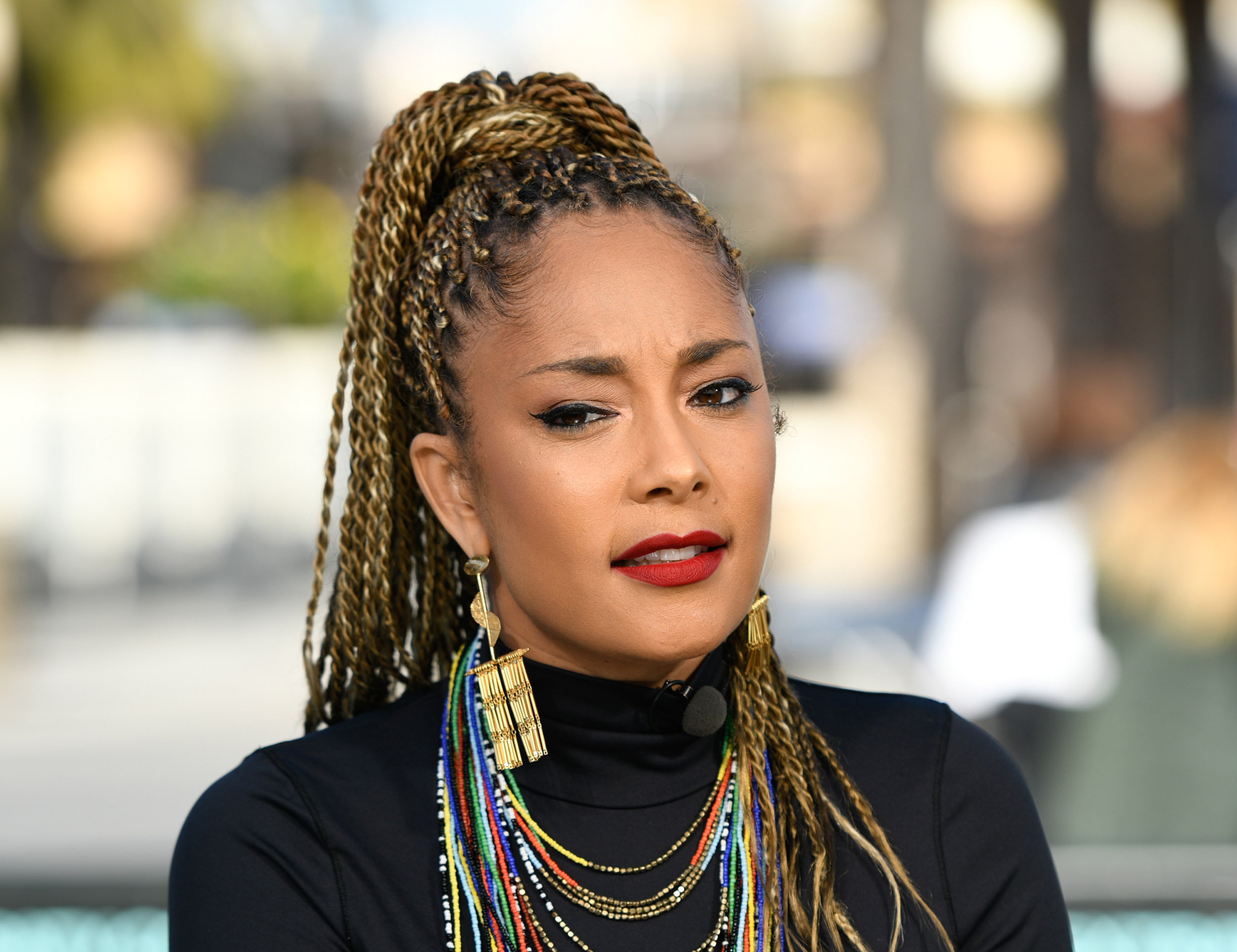 Amanda Seales was an only child. She entertained herself through her performance. Seales often visits her hometown in Grenada, to remain in touch with her West Indian roots. She even recorded a song dedicated to the Spice island.

During her time at SUNY Purchase, she chose the name Amanda Diva for herself. She might not refer to herself as a diva now, but she has still got a tattoo engraved on her lower back that reads “Diva”.

Amanda Seales mother, Annettes Seales, hails from Grenada. Her father’s identity is not known. She once referred to her father as ‘irrelevant’. However, she also revealed that her mother was extremely supportive in all stages of her life. Amanda’s mother worked as a nurse to support her. Annette shifted with her family to Orlando, because Amanda couldn’t get into a good school in third grade.

Apart from her career, Amanda has been reserved about her love life, however, things are different with her new relationship. Amanda has gained a lot of attention through her love life recently. In a live Q&A session on Instagram on May 18, she openly spoke about her boyfriend. She shared a lot of details from how they met each other to the time they have spent together. Seales remembered meeting her current boyfriend during her freshman year of college in SUNY-Purchase. She added that her relationship grew closer thereafter, but then her boyfriend got transferred to Frisk University. However, they reconnected once again on a random text one night. She is particularly protective about her relationship and only shares limited details.

In 2019, Seales said on The Breakfast Club that she was seeing someone hilarious. She even added that she was in love with him.

There have been some rumours about Seales and Kerry Brothers, a music producer. But Amanda has never paid attention to them. 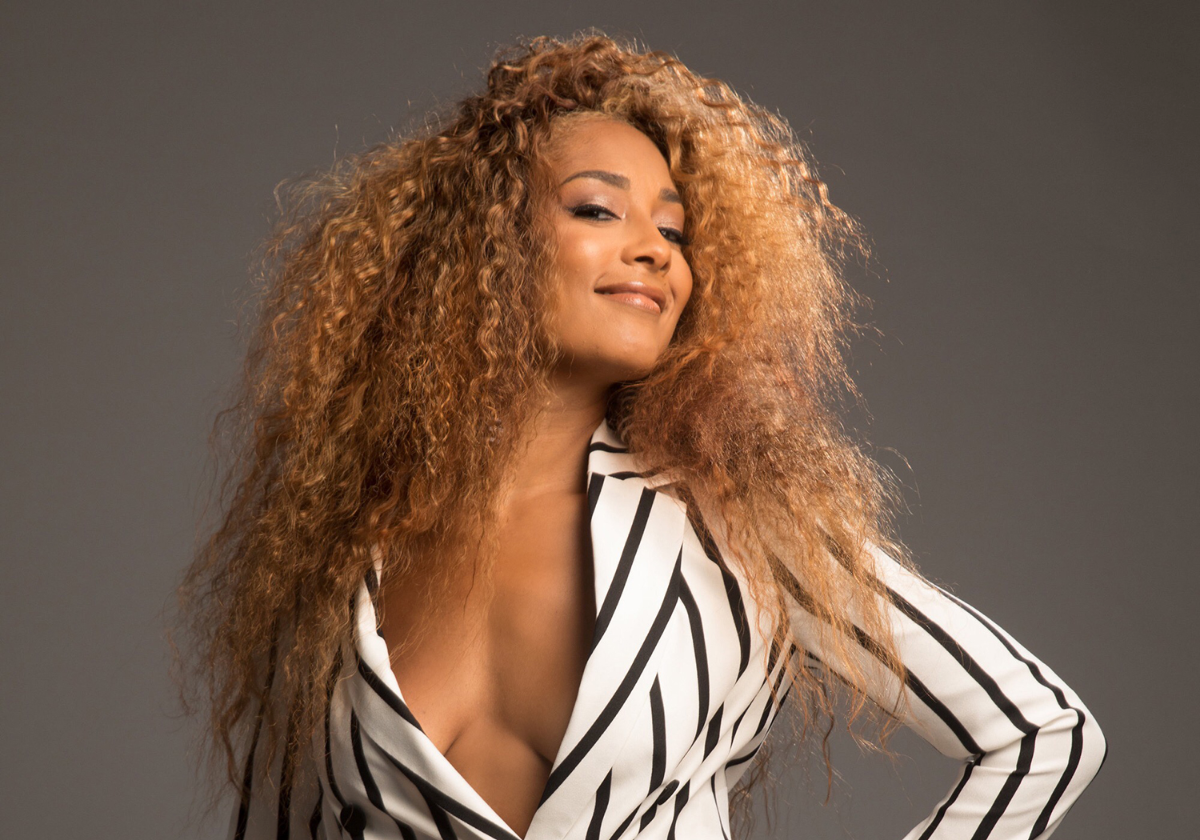 Some Facts About Amanda Seales

Amanda Seales & Her Net Worth

Her network is around $4 million. Apart from making an income through the entertainment industry, she also has her own production house, Divaworks inc. 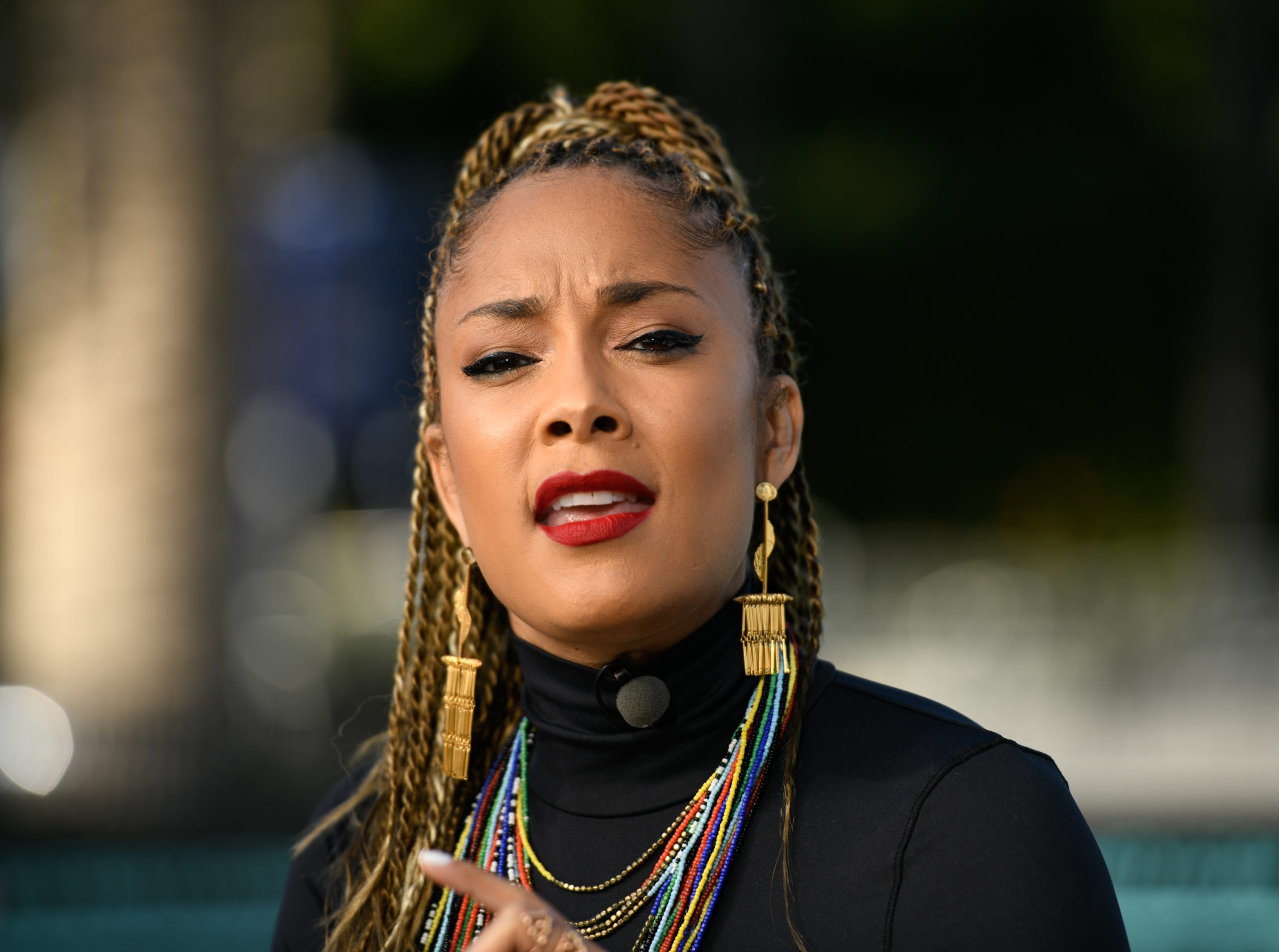 Amanda Seales has been working in the entertainment industry since she was only 11 years old, her role as Tiffany in Insecure has given her more of a household name. The way Tifanny noticed finer details in life was found to be humorous to people of all ages. She also once said in an interview that she is wildly transparent in her real life as compared to Tiffany’s character. Another difference between the two is their age. While Seales is 40, Tiffany is in her mid-20s to 30s. Apart from that, they both are beautiful people. 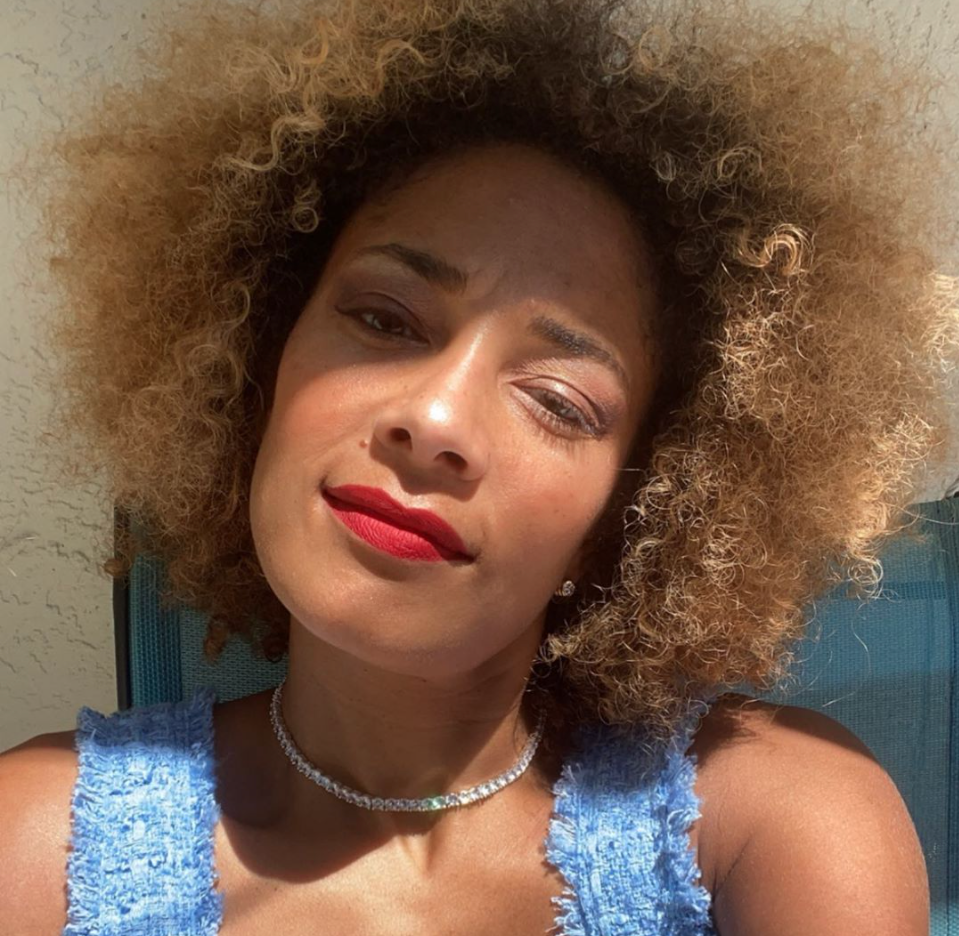 Amanda Seales Instagram username is ‘amadaseales’. She has a verified Instagram account with 1.8 million followers. She has a total of 7059 posts on Instagram, which shows she is quite active on Instagram. Aside from posting engaging content on Instagram, she has also used this platform to create awareness about social issues. She has also posted some self-improvement videos on her IGTV.

She owns the website smartfunnyandblack.com, which is a 100% community-funded production company. Through this game show, she wants to create a secure space for black people to raise their voices. Her motive is to change the negative image of black people in the media. She combined her humour and intellect to create awareness about serious topics like rape culture, racism, sexism etc. This website also has a donation option that will help them to pay their staff and create content to generate a culture in their community.

Amanda Seales & Her Controversies and Activism

Amanda started an anti-smoking campaign in 2010. In 2019, many people created a controversy about her that she accused Myron Rolle, former NFL player and neurosurgeon of sexually harassing many women. She shared several Instagram videos claiming that she has heard from other women that Myron was sexually improper.

Movies and Shows Of Amanda Seales 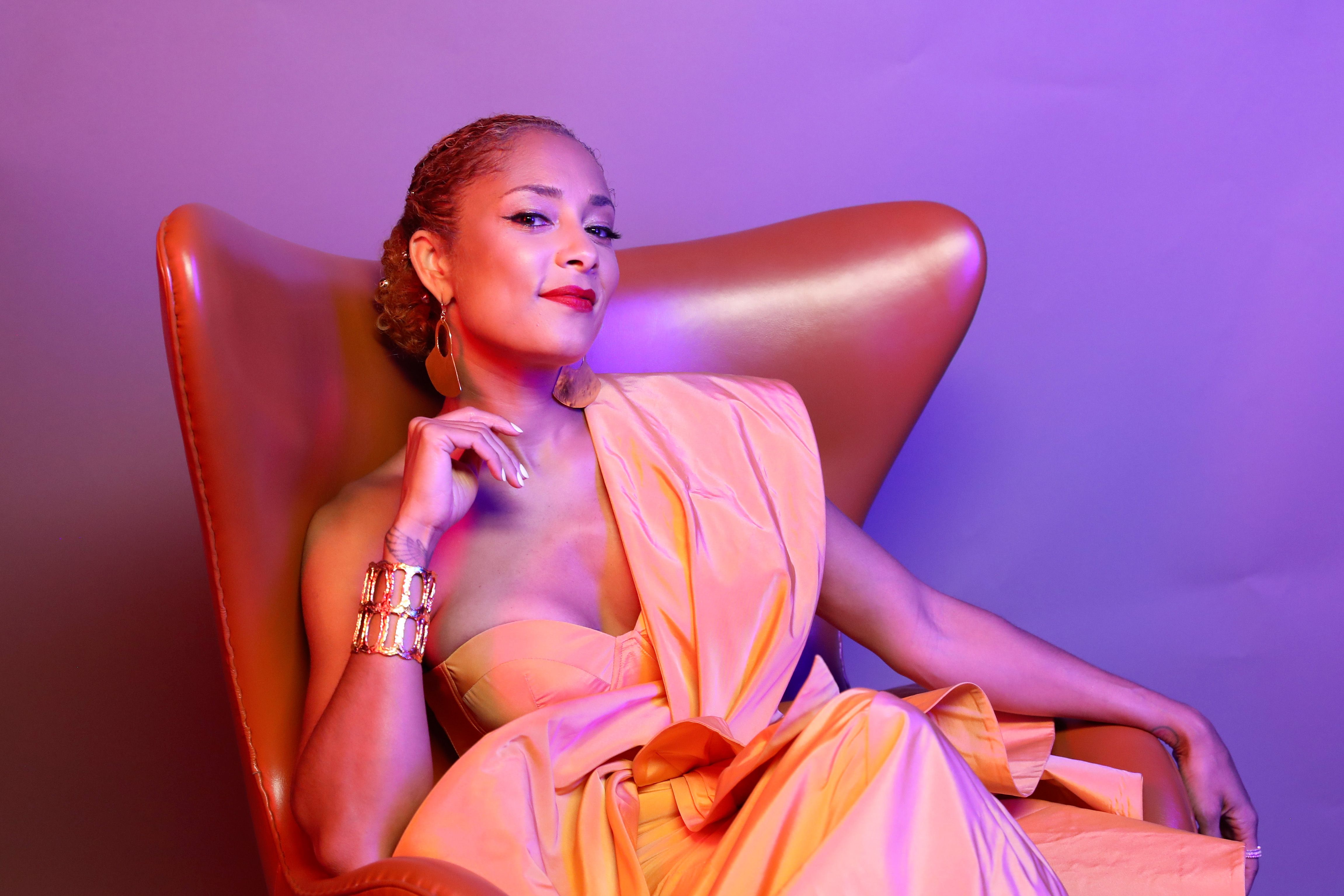 10 Best Sportlemon Alternatives You Can Find In 2021

This Is How to Get More Leads for Your Law Firm

Create Sparks: What is Adobe Spark and How Can it Benefit Your Business?